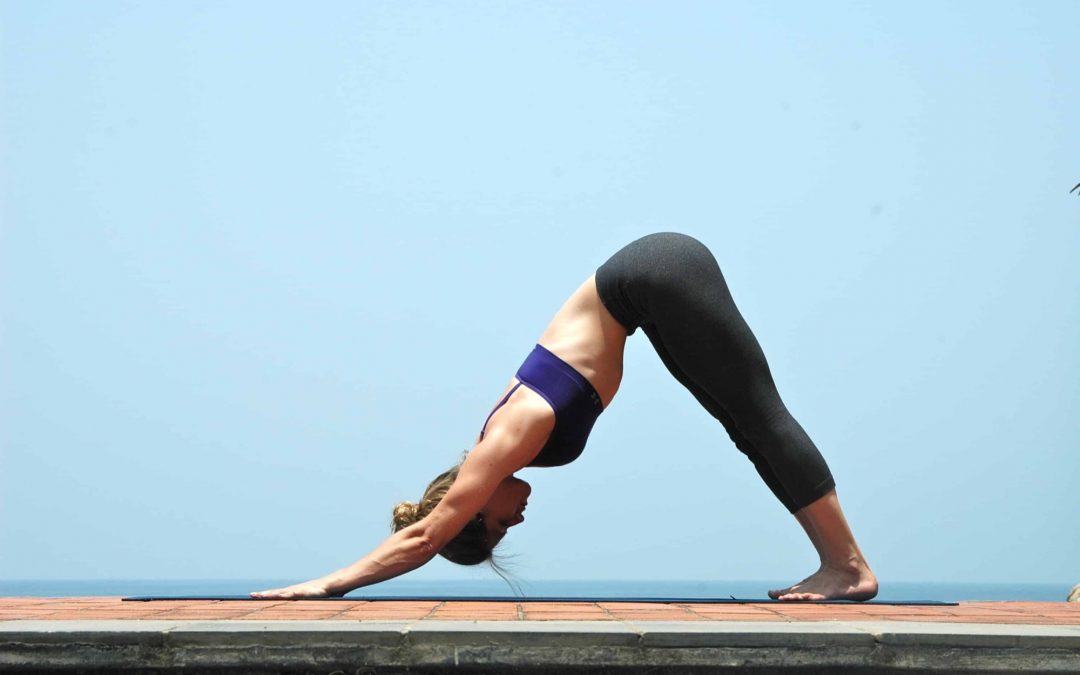 I have noticed being a practitioner of Yoga and being from the West, a certain repetitive behavior that I understand and also find puzzling. Especially in the last few years, many of my fellow teachers of Yoga Asana, have become so let down by their practice, they abandon it for different physical modalities.

I mentioned this in a previous post, that it is not Yoga Asana that is actually the problem, but the way that the practice is taught. I am not speaking to issues of alignment or whatever. I feel the issue relates to incomplete teaching, over-engagement or non-engagement with the Koshas, and an overactive Ahamkara, ego.

If we only practice Yoga Asana, and only talk about the Breath, but do not study it or develop it, the practice does not go beyond the most external Kosha – that of Anna-maya. What happens when intense, focused attention sticks to one thing for too long? It begins to disintegrate. In Ayurveda this would be known as ati-pravrtti. Due to this, injury occurs as well as mistrust. Eventually, the mistrust is so great, the practitioner abandons the whole path.

Yoga is a pressurized practice. The pressure built at one level, increases the prospect of jumping to the next level. We can think of this in terms of the Patanjali’s 8 Limbed Path. The consistent practice of the Yamas inevitably bounces the practitioner’s interest to the Niyamas, which because of the pressure built from consistent practice, naturally inclines the practitioner to Asana, which leads itself to Pranayama, to Pratyahara, to Dharana, to Dhyana etc. This is because the practitioner continues to develop the ability to turn their body, breath, and focus into a closed container. Nothing leaks, and so they are always interested, and always sprung deeper.

If we look at it through the method of the Koshas, the engagement of the Anna-maya Kosha naturally, after some time and consistent practice, will lead the practitioner to curiosity about the Prana-maya Kosha and so on and so forth.

If the practitioner enters the Raja Yoga path at the Asanas first – without consistent and active meditation on the Yamas and then the Niyamas – as many of us in the West do – we will have missed the opportunity to build this pressure which would launch and sustain us through the rocket-ship like journey through our life of Yoga.

Through the lens of the Koshas, if we only believe Anna-maya Kosha is valuable or is the only aspect of self we were instructed to pay attention to, then we will become obsessed with this Kosha and only engage with it. Thus, everything else – the breath, the mind etc becomes a servant to the (temporal and ephemeral) interests of the body.

What does this cause? From my perception, this causes the practitioner to feel dissatisfied with their practice of Yoga. They become hurt physically and/or emotionally. This experience invokes them to continuously reinvent the physical practice in order to stay interested, to mend the pain. This action, repeated over and over again, causes people to shun particular asanas, particular sequences, particular schools, abandon Sanskrit vocabulary, add bands and balls and music, and tertiary activities like wine and animals etc.

From my understanding of both the 8 Limbed Path and the Koshas, it is that the Rajas, the intensity that is created through the practice at any level, needs to go somewhere. Rajas is the energy of action of doing! Thus, if the practitioner is not actively on an actual path, the Rajas built from the commitment to one step of the path, will essentially cause the Practitioner to consume themselves. Instead of using this energy to launch them into the next level – whether that be that of the 8 Limbs or to the next Kosha – they instead direct that Rajas to the step they are on and reinvent it to maintain the feeling of moving forward.

When I see practitioners blame Asana for their injuries, instead of meditating on how their minds propelled them to move in such a way, I also wonder if it is the lack of interest in remembering that the body is a container for Prana. That the goal of the asana is to become equanimous – where Rajasic and Tamasic energy of doing and not doing are so balanced that there is fluid Peace, Sattva. It should not matter what complication of the asana or vinyasa is practiced at a certain point because eventually all of that energy is directed within to the movement and stilling of Prana and the Mind in order to move to the next level of the Path.

In practice, this would be practicing Pranayama, Pratyahara, and Dharana while doing Asana according to Patanjali’s system. Or, seen from the vantage of the Koshas, it would be the process of engaging with Prana-maya, Mano-maya, and Vijnana-maya Koshas while engaging with the single-pointed practice of Asana.

When the practitioner does not do this, they become bored or angry with the practice itself. Because the West does not support Guru culture, the student is not lovingly tapped on the shoulder by the Teacher and directed back to the practice. They are not reminded of the Origins of Yoga, of the texts. They are not reminded to simplify. The Ahamkara takes the lead and ensures the practitioner that their doubt is the way to the path. Thus, supported by their own misaligned Ahamkara, which is now attached to this frustration or boredom, they instead move tangentially.

Sera’s clear and honest voice is captivating. Beginner or advanced, it does not matter what level your practice is at, her classes are suited for everybody.

I was exhausted, overweight, depressed, and becoming hopeless.During our time together, Sera listened to my long-list of ailments and asked insightful questions. Not once did I feel hurried or dismissed. Sera is a gifted teacher and healer and I am thankful to have her guidance.

Her clear instruction, depth of knowledge (which extends far beyond the physical asana practice), has been a gift to our community.